I’ve sat quietly with friends as they’ve told me their stories of sexual assault, harassment, non-consent, and rape. Held their hands, pushed the hair out of their faces, telling them “what can we do to make you feel safe?” and “whatever you choose to do is the right thing and  I’m behind you.” Inside I’m screaming out in agony that yet again, the cavern in my chest widens and swallows up the people that I love. The people that I love who are made to feel unsafe. In their own homes. In their own clothes. In their very own bodies. They’re made to feel unsafe–a price that they have to pay so that some one else can feel big for a day. Tell me how that’s right. Tell me how we’re just supposed to accept that, will you?

According to RAINN, 1 in 6 women will experience an attempted or completed rape in her lifetime. 1 out of every 10 rape victims are male.

After the Brock Turner case, there’s a fire in my belly. I will not sit quietly and hold hands and nod in agreement feeling, ultimately, helpless. I won’t do it any more. Not one more time.

There’s a lot of talk about how rape is bad. And, I mean, yeah! Who’s going to argue with that? There are too many people in my Twitter and Facebook feeds talking about how easy it is to not rape a person. And especially after the Stanford case, because it was so heinous and because his victim spoke out so bravely, eloquently and admirably and because it fit the standard definition of rape so clearly, it’s easy to say “I’ve never done that and I’ll never do that” and “well, that has certainly never happened to me.”
But I know that some of those same people have had not-exactly-consensual sexual experiences. And that’s where it gets muddy.
I know that in the muddy, grey area, a lot of these people do not consider themselves “rapists” or “rape victims” and I’m not even suggesting that they should. I know that because it is muddy and because it is complicated, a lot of stuff gets ignored or pushed aside or deemed “not that bad”. But, listen. It won’t be ignored. The culture of non-consent is still worth taking on. 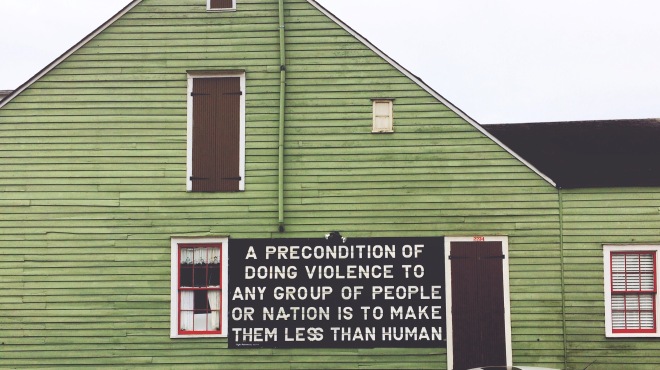 As long as the standard definition of “rape” involves a stranger in a back alley or behind a dumpster or hiding in your closet, usually with a weapon, then we’re all going to think we’re in agreement—we’re all going to ignore the people who have experienced sexual assault in the grey-area. And that grey-area is where most of these instances occur.

I really believe that change won’t occur until we change the definition. And I don’t think one person can do that. It’s going to take a village—a great big one. So I’m begging you to be a part of that village.

What I want to do is this:

I want to show the world what sexual assault and harassment looks like in all of its various forms.

I want to collect stories from women and men that share, from personal experience, what non-consent has looked like in their life and the effect that it has. I want to post those stories (anonymously) to keep the conversation going and to change the general consensus of what sexual harm is.

You can share your story by filling out the form at the bottom of this post or by emailing me: libby (at) xoxolib.com.
You can help by passing this along. The more stories we collect, the more comprehensive we can be, the more education we will spread.

I want you to know that I honor you and your story and I will treat each one with the sacredness that it deserves. Your experiences didn’t happen in vain. They will be transformed into a teachable moment—causing a ripple effect of education.

Edit Note: Because anonymity is vital with this post, I disabled comments simply as a way to keep things from getting confusing for anyone who wants to share something vulnerable. But I still want to have this conversation with you. Head over to the XOXO, Lib Facebook page and we’ll talk there. Or send me an email.
Thanks to every one who has already shared their stories since this post went live. XOXO