Earlier this week I took Fiona to the dog park. We love to go out there. She likes to run. I like to sit in the sun all by myself and unplug from the internet for a while. Sometimes, I bring a book but I almost never read it because my mind really just loves to wander. We’re usually alone. 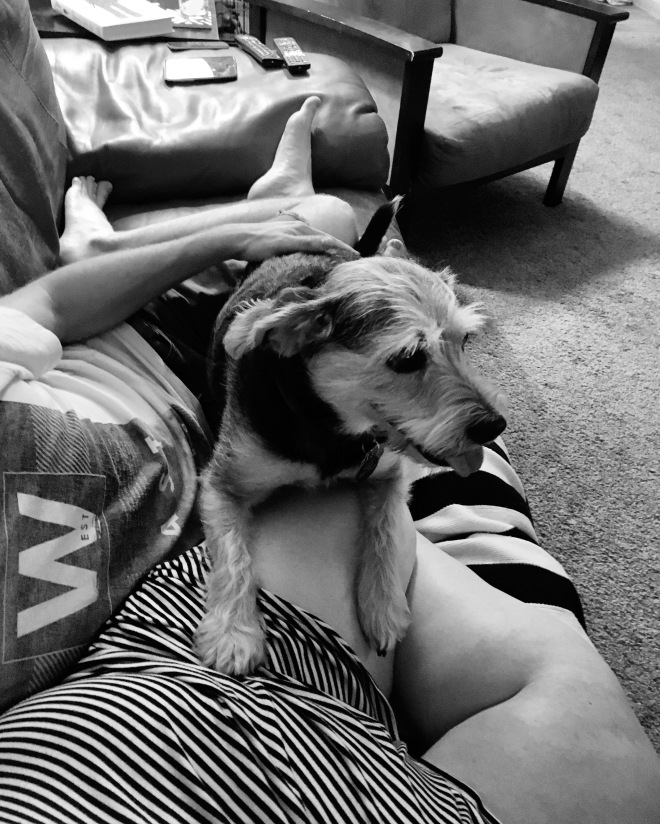 This time, though, a gentleman was there with his three dogs. This man did not share my joy in solitude and quietness out there. He was so enthusiastic and trying so hard to engage me in conversation despite my use of the polite nod, headphones, and actively walking away from him. Finally after his fourth failed attempt at getting a conversation going he said to me, in the exact same tone of voice that he used when speaking to his tiny dogs, “well you’re just not very friendly are you?” Like, he could have easily finished that up with, “Who’s not a friendly girl? You aren’t! No you’re not!”

Frankly, I was just grateful that he was rounding the corner towards giving up so I just said, “not really,” put my earbuds back in and texted my friends about this guy. Look, could I have made an effort? Yeah. Of course. Am I required to? I am certainly not. And why not? Because I’m tired. We’re tired. And also because I’m just a person doing her damn best at being alive some days.

Last year, immediately following the funeral of a friend, I was filling my car up with gas and the man across the terminal said to me, “Come on, baby, smile. Things can’t be that bad.”

A dear friend was walking out to her car in a grocery store parking lot in the middle of the day as a man approached and asked her to him show her tits.

Last winter, a stranger approached me as I was closing up the bookstore and asked me to drive him out to his home in the middle of the country well after dark. And when I very extra politely declined, he said, “well I hope someone helps you out when you need help one day.”

Someone I know was once physically assaulted at work by a man who was upset that her nail polish was chipped. He claimed that she didn’t show him respect by making the effort to appear presentable.

For some people, it can be easy to “see both sides”. It’s easy–really easy to make us look like the bitch because we each said “no” to these men who wanted a piece of us.
That guy was just being friendly or he needed help or he obviously has issues. And because of these special circumstances, we’re expected to make a sacrifice of ourselves to be as polite as possible to these men who are so entitled to us. Entitled to our friendliness. To our bodies, our time, our resources, our devotion.

Sometimes we’re polite because our comfort comes secondary to those around us. It’s part of being a woman. We give and give and give. That’s the way we’re raised and that’s what men were raised to expect from us.
Other times, we’re polite as a means of survival. Because we don’t know how they’ll react to a rejection, we have to butter it up in the most sticky, sweet, gratitude. So flattered that they’ve chosen us to talk to on this lucky, special day.

So when you come to me at the dog park and want to become best friends immediately without taking a minute to read the room, when you need a favor from a stranger, or you want some girl to take her top off or change her nail color to make you feel good I beg you. I BEG YOU to take a second and repeat after me:

This person owes me nothing.