Hi. We’re still going hard in Pandemic world around here. To be very honest, I thought I wouldn’t write a “what I read” post for the month of April because I thought I didn’t read anything. But my Goodreads account told me otherwise. I finished THREE AND A HALF BOOKS! What?! That’s amazing!

My brain does this super duper fun thing where, when I’m under stress, I can’t read. It takes all the words on the page and turns them into alphabet soup. Super great. Came in real handy in college. In fact, one time I was given an assignment to read and write something. And all I could write about was the fact that I couldn’t read anything and how I thought I was going crazy and what is life… GOD the things professors have to put up with. Anyway, my professor was awesome and understanding and he gave me an A and told me he understood and that I should maybe take a weekend off. He was right.

Anyway! What I read in April (spoiler alert–they’re all audiobooks). Thank God for Libro.fm. For a LOT of reasons. Like, specifically, because of Libro.fm, we were able to make rent at the store for May! Keep buying Audiobooks from libro.fm/twicetoldtales will ya?? All the links in this post will take you to the audiobook version and buying them from that link will help support our store. 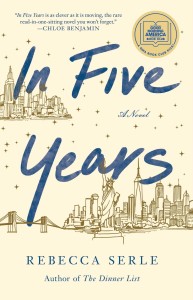 In Five Years by Rebecca Serle
I didn’t know what to think of this book. At first I thought it was rushing through SO MUCH that there was no way I’d keep up or get invested. But I actually super duper loved the ending so maybe it was all ok? I gave it 4 stars out of 5. 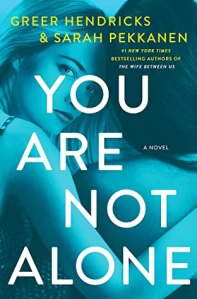 You Are Not Alone by Greer Hendricks & Sarah Pekkanen
It’s been a long time since I read a thriller that really wowed me! There were so many plot twists in this book but NOT the kind that make you feel like they’re coming out of nowhere–they all pay off deliciously and keep you reading. Five stars! I just remembered that I didn’t listen to this on audio. It’s the one physical book I finished all month! 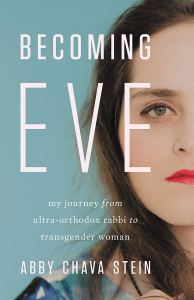 Becoming Eve: My Journey from Ultra-Orthodox Rabbi to Transgender Woman by Abby Chava Stein
I’ve been really digging spiritual memoirs lately and so I decided to listen to this one. It was so incredible. Kind of a wonderful primer on the Ultra-Orthodox Jewish life for someone like me–a person who has a lot of experience in religious circles but who knows almost nothing about Jewishness in general. So many of the struggles that Abby faced as a child growing up feel familiar to me even though our early days were so, so different. But some questions are universal, I suppose. Anyway–when I decided to watch Unorthodox on Netflix a few weeks later, I was happy that Becoming Eve had familiarized me with much of the Ultra-Orthodox life because that show, while it was amazing, didn’t really take the time to explain the nuances that not everyone would understand. 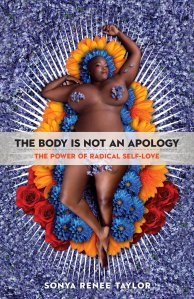 I also read half of The Body is Not an Apology: The Power of Radical Self Love by Sonya Renee Taylor
I wish I’d listened on Libro.fm because since I had Alphabet Soup Brain ™, I just could not dig through this. Which was a shame because it was actually just over 100 pages and full of such good, juicy stuff.

Right now, I’m not even going to try to force myself to read a physical book. I’ve got so many audiobooks calling my name and it’s not a contest. I’ll start reading with my eyes soon enough, in due time.