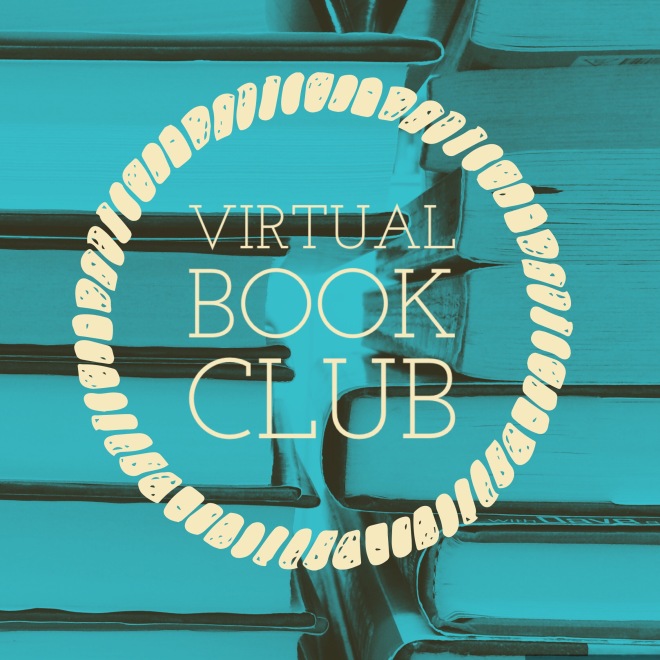 *This is a spoiler-free book review.

My whole life I have given serious crap to anyone who says that they read a book when they just listened to the audiobook. And if I’m being completely transparent with you, I’ve always considered audiobook lovers cheaters. I’m not saying that I’m proud. I’m just telling you the truth. So a little bit of me feels like a grand hypocrite by saying what I’m about to say: I didn’t read Ready Player One. I listened to it on our road trip from Kansas to Arkansas to Mississippi to Louisiana to Oklahoma back to Kansas. I would have loved to read it on that trip but I get supremely sick if I’m reading in the car so we’re all making sacrifices, here.

This is the first book that I’ve ever listened to on audiobook! I have tried in the past with other books but I’ve never been able to get into it. I had yet to find a narrator that I could get down with. But Will Wheaton reads this book and he’s so good at it (he also plays a cameo in this book as the Vice President of the OASIS—which is a cute little detail). Maybe if I could just convince Will Wheaton to read all of my books to me? Does anyone know if he might be into that? 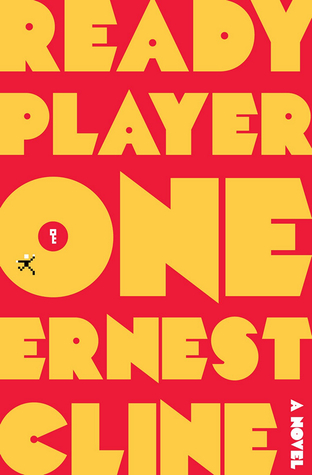 So, even though everyone told me that Ready Player One was awesome, I still kind of put off picking it up. I reluctantly consider myself a bit of a literary snob. I like to think that I have a very specific genre of book that I enjoy and I don’t have time for anything else–which is why I started this book club in the first place, to push me out of my literary comfort zone! I always say that I don’t like sci-fi or nerd stuff or fantasy or romance or mystery or anything by Jane Austen… there’s a lot that I say I don’t like but that is proving to be lies—all lies. I’ve been introduced to so many books, in the past year or so, that are different from what I typically read and I have been really surprised by what I have loved. I’m glad that I finally pulled the trigger on this book because just like everyone said that I would, I friggin’ loved this book!!

I have a lot to say about this book but I don’t want to ruin the story for you. Not only because I want you to read the book but also because Ready Player One has been picked up for a film adaptation with Steven Spielberg directing. This was such good news to me because in my mind, I visualized this all playing out with a very Minority Report, Catch Me if You Can, Hook kind of vibe—if you can marry all of those films together.

So, I’m going to explain this in ways that make sense to me even though nerdier friends may laugh at me. That’s fine, I can take it. This book is for everyone. I mean it!

Ready Player One takes place in the year 2044 and, essentially, the internet has been replaced by the OASIS. It’s a virtual reality that contains thousands and thousands of worlds. Everyone has a virtual reality set up that they use to access the OASIS and they can travel between worlds the same way we would travel between cities or towns.
As the book opens, we learn that the creator of the OASIS, James Halliday, has died and in his will, he has left all of this money to whoever can solve his puzzles and collect all the keys that will lead to the Easter Egg that he’s hidden deep inside of this alternate reality.
So in this story, we follow a high-school senior named Wade Watts, who’s adopted Halliday as his personal hero. Wade is a determined Egg Hunter–well, “determined” is a complete and utter understatement. He doesn’t have a happy life outside of the OASIS and so he spends most of his time there as a means of escape. But the OASIS isn’t just a place for video games. It’s almost as real life as real life is! Kids go to school in the OASIS. There are jobs to be had there, friendships to be made, nightclubs to visit–and you can make your avatar look however you’d like it to look. Have you always wanted to be a blonde bombshell or wondered what it would be like to live your life wearing zebra-striped skin under your regular clothes? Finally, you can be that person to everyone that you come into contact with here in this VR world.

It’s safe to say that this is a classic story in so many ways. A classic coming of age story. A classic story of good vs evil. It deals with so many themes regarding identity and self confidence. Body image, beauty ideals, and gender. Internet anonymity, trolling and catfishing. And on top of everything else, it’s just chock full of delicious action and adventure! There are good guys and bad guys and people that you aren’t quite sure about. There’s suspense and intrigue and 80’s pop references galore!

This is a story for everyone. For parents and kids alike! My older brother is reading it at night to his kids—there are a few different parts that make me wonder how he’ll adapt the language and content to be appropriate for all the littlest ones but those are pretty few and far between.

I don’t really know how to end this except to say that I loved it and I know that you will too, even if you think you won’t. Now, if you read it and you don’t like it, I REALLY want to hear about that. Because how even?

In closing, I know a lot of you have read this, PLEASE SOMEONE TALK TO ME ABOUT IT!

Other bloggers who read and wrote about Ready Player One this month are Staci at My Friend Staci and Stephanie at her blog, Call Me Steph. If you have thoughts, leave them in the comments. If you wrote a blog post or a Goodreads review, let me know and I’ll link to it!

Now onto our JUNE SELECTION! 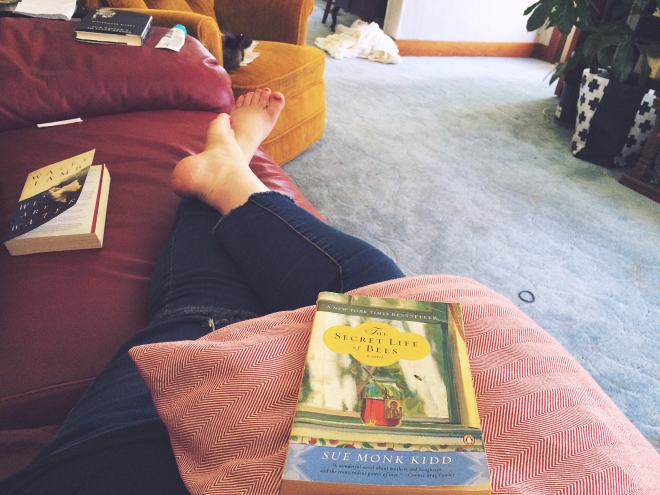 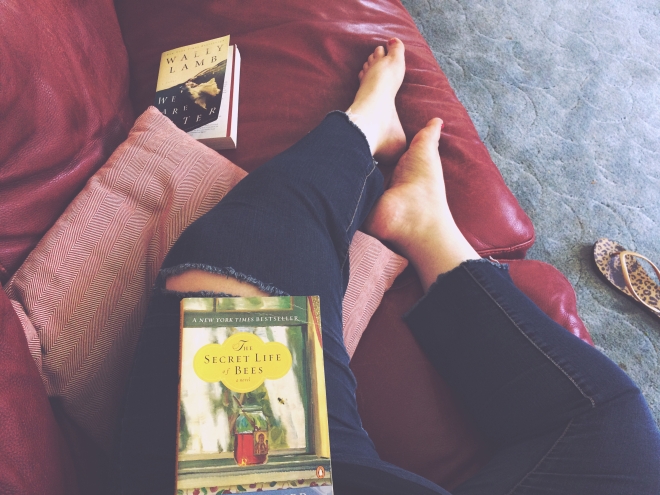 We’re going to go in a totally different direction with The Secret Life of Bees by Sue Monk Kidd. I know that a lot of you have read this book as well and if you haven’t, it’s probably on your to-read list. Now’s the time! Head to the library or your local used book store (though, it’s not at ours, I bought the last copy) or Amazon and snag your copy! We’ll meet you on the last Tuesday of June with our thoughts on this contemporary classic.

What do you think? Have you read Ready Player One or The Secret Life of Bees? Do you want to??

PS Feel free to start a discussion about Ready Player One in the comments section either here or on our Facebook page but I will strongly encourage you to utilize a strong **SPOILER ALERT*** at the beginning of any comment containing in-depth details.  While I can’t wait to talk about it with you, some others haven’t read yet and I want to keep this a safe space for everyone. 😀

5 thoughts on “Virtual Book Club: May 2016, READY PLAYER ONE By Ernest Cline”