I want to thank Quinn for offering to help me fill the space, today. Like many who had some feelings about the outcome of this election, she needed to work it out and she needed to share her story. I feel so happy to get to have a platform to lend out in times like these. This is not another complaint about the election at all. I’m pretty sure you’ve all had your fill of those posts from me. But Quinn tells a beautiful, honest, and humble story of communication and the lessons she’s learned in the past few weeks. I would love it if you would give it a read–we’d love to know if it resonates with you at all.
–XOXO, Lib.

Like many, I floated through the first day of Trump in a hollowed disbelief, unable to access my feelings.  Nearly all day, I took the pulse of America via social media.   When a post would scratch my thin skin, there was only anger.  I knew it was a defense, a stand-in for real emotions – because that’s how us humans work – but I could only exist within the swirling steam from the simmer of the emotions that laid in wait.  I did not understand those of you who were so quick to access emotion, and I was jealous.

I also did not understand those of you who called for immediate unity and support for our president-elect.  And I understand this reflex.  I do.  I understand the need for the tension of the last year-and-a-half to dissipate for the sake of sanity. And I understand that, in recent history, this has been the conventional path – to pacify and quell the masses to support the new president. But that suggestion sat like a piece of red meat in the gut of a vegetarian.

This time, I do not accept this as anything other than tolerance of an imminent threat, the denial of this country’s condition.  Because this election is different.  In this election, the anger is righteous.

This anger is not merely the deflection of a hurt ego.  It is not just disappointment that our nation will be guided by less-than-ideal legislation or even just embarrassment that no one saw this coming.

Though it is surely these things, it is also a paralleled reaction to a candidate whose words have cast fear, spread hatred, and caused great strife in marginalized communities.  This anger is a realization that America is what we feared it was (but hoped with all our hearts it wasn’t).  It is a visceral reaction to having this hope mocked.

Mocked in 140 characters, with memes, and with caustic quips.

It took nearly 24 hours and a sarcastic Facebook comment of my own – which devolved into a defensive conversation and a quickening pulse – for me to finally push through my simmering rage and catapult into the next stage of grieving: All of the Feels.  It was as if I needed a real-life, personal conflict to play out in order for me to emote.  And it was as if I had to join in the mockery to realize that it was happening on both sides.

I regret my sarcasm. It is no way to start a conversation. No way to learn or build or grow. I was a jerk who convinced no one.  I get it.  But the encounter did move me past the numbness, through the anger, and to a place where I could do more than just bite back.  I finally saw that I did not have to defend those who were taking to violence in the street, that I could acknowledge that there were votes cast in spite of Trump’s rhetoric and not because of it.  And that a single bubble filled on a piece of paper does not necessarily say anything damning about a person.

To some this sounds obvious – and you are right.  My only defense is that anger can be blinding to reality, and that is why we must work to dig into it and find our vulnerabilities instead.

To others this sounds like too generous a compromise in the face of the dangers this new administration foreshadows.  And I tend to lean your way, too, but I am fighting against this urge because I am just as afraid of the division in our country as I am of its leadership.  Nuance is hard to come by, and this, I believe, leaves us vulnerable to manipulation by any leader.

My next virtual interaction was of a different sort than the first.  A statement that I disagreed with wholeheartedly started the simmer once again.  I took a deep breath to calm the boil, swallowed my pride, and I asked an (honest, polite) question.  No sarcasm, no defensiveness, though these urges did rear inside of me .  I compensated with the word “please.”  His response was outrage – directed at me, and out of proportion with the tone of our interaction so far.  I kindly pointed out that mine was a genuine question asked in a respectful way.  My (sister’s) friend admitted that his anger was too assuming – that his anger actually came from another conversation with a friend who he had argued with earlier – that he was sorry.  We agreed to disagree about certain topics and moved our conversation onto private messaging, as I wanted to hear more about why he thinks political correctness is ruining our country.

It wasn’t until this conversation that I realized I sincerely do want to know why someone would hold that belief – and so many other beliefs that are contrary to my own.  I sincerely do not want to paint everyone who disagrees with me with the same brush, to equate them so that one interaction bleeds into another or that one individual is made to defend every other individual who shares a descriptor as ambiguous as Republican.  I want more than a victory in a debate, more than confirmation of what I already knew.  I don’t want to be caught not listening again.

I desire unity, yes, but I do not think we will achieve it by silencing the rage.  There is rage. On both sides of this divide.  And I am more and more convinced that everyone views their rage as righteously as I do mine.  We cannot just smooth this over; it is too deeply entrenched, and there is far too much at stake.  I worry that, in this climate, when we tire from rage, we will rest in complacency and echo-chambers.  I worry that we will never explore or hear the fears and anxieties that are hidden inside the rage.

Maybe this elusive “unity” is not the real destination.  Maybe the real destiny is what lies below the simmer.  Maybe it is vulnerability, it is empathy, it is a restraint in our self-righteous indignation so that we can participate in actual discourse.  Maybe it is not a shift in beliefs, but one prevailing belief that ideology is housed in real humans, with context beyond our impulsive scrolling. 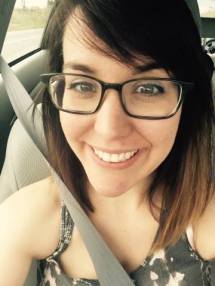 Quinn White hails from Shawnee, KS. She is a Special Education teacher, writer, and mom, who values the vulnerability that comes from shared experiences, story-telling, and open dialogue. In her various roles, she strives for a wider perspective, a deeper empathy, and an honesty with herself that she has a long way to go.

One thought on “Still Scrolling: Guest Post by Quinn White”